The undersigned is an aviation lawyer and active pilot with 32 years of experience in both the practice of law and in the aviation community. I have represented any number of corporate aircraft operators as well as air ambulance operators and air taxi operators.

When I first examined the Notice of Proposed Rulemaking in TSA Docket No. 2008-0021 dealing with the Large Aircraft Security Program, I was appalled. I understand and appreciate that the TSA may have good intentions in terms of promoting security in America, but a casual reading of the TSA proposal indicates that the Agency has no understanding or appreciation for how the general aviation community works.

I will focus my comments on two specific areas, to wit: (1) general policy considerations and (2) the abuse of discretion standard that a court will employ in examining this proposed rule.

ARMSTRONG TESTIFIES BEFORE TSA PANEL, FILES COMMENTS, AND NOTES THAT THE LARGE AIRCRAFT SECURITY PROGRAM PROPOSED RULE APPEARS TO BE UNCONSTITUTIONAL, SINCE THERE IS NO RATIONAL BASIS FOR THE RULE

The overall affect of the TSA Large Aircraft Security Program (“LASP”) is to extend regulations currently limited to Part 121 scheduled airlines and expand them to Part 91 aircraft operators (including corporate flight departments). However, in taking this action, the TSA fails to appreciate the distinction between these two types of aircraft operations.

For example, a passenger or patron attempting to board a corporate aircraft is generally only allowed access by means of an environment that is strictly controlled. Corporate pilots do not fly people who are unknown to them or unknown to their employer. The risk that a corporate operator would unknowingly provide transportation to a terrorist is, respectfully, statistically insignificant. The TSA Large Aircraft Security Program, if implemented, will divert critical resources in small flight departments for compliance with redundant and superfluous security procedures.

In summary, the world of general aviation, and in particular corporate flight departments, have absolutely no benefit to be received from being burdened with the TSA’s proposed rule.

THE TSA PROPOSED RULE IS ARBITRARY AND CAPRICIOUS

The scope of review under the “arbitrary and capricious” standard is narrow and a court is not to substitute its judgment for that of the agency. Nevertheless, the agency must examine the relevant data and articulate a satisfactory explanation for its action including a “rational connection between the facts found and the choice made.” Burlington Truck Lines, Inc. v. United States, 371 U.S. 156, 168 (1962). In reviewing that explanation, we must “consider whether the decision was based on a consideration of the relevant factors and whether there has been a clear error of judgment.” Bowman Transportation, Inc. v. Arkansas-Best Freight System, Inc., supra, at 285; Citizens to Preserve Overton Park v. Volpe, supra, at 416., an agency rule would be arbitrary and capricious if the agency has relied on factors which Congress has not intended it to consider, entirely failed to consider an important aspect of the problem, offered an explanation for its decision that runs counter to the evidence before the agency, or is so implausible that it could not be ascribed to a difference in view or the product of agency expertise.

The problem with the 12,500 lb. weight threshold proposed by the TSA rule is that it does not appear to be based on any actual facts, any meaningful explanation, any scientific data, or even simple logic. The pages in the proposed rule where the discussion appears is pages 179 and 181 where the TSA merely discusses why a 12,500 lb. limit is appropriate as opposed to 16,000 lb. limit, the TSA commenting:

[E]xcluding these aircraft would increase the potential risk and could result in higher damage potential. TSA believes that this increased risk and damage potential of aircraft between greater than 12,500 pounds MTOW and 16,000 pounds MTOW are not justified by the reduction in cost. Furthermore, moving away from the common greater than 12,500 pounds MTOW threshold will yield the same concerns discussed in alternative one. . . .
TSA estimates the cost impact of [increasing the weight limit], in terms of undiscounted annualized dollars would subtract $26.4 million from the undiscounted annualized cost of the rule as proposed.

Based on the above discussion and analysis by TSNM-GA technical experts, the program office recommends that the threshold of greater than 12,500 pounds MTOW be maintained as the recognized security threshold weight standard for current and future GA security programs and policies. . . . Selecting a higher threshold weight would lower the burden on the industry because a lower number of aircraft would be subject to the LASP. However, with this higher threshold weight, the proposed LASP would not cover many aircraft that can cause significant damage if used as a missile or to deliver a biological, chemical, or nuclear weapon. TSA believes that mitigating the potential security risk and damage potential of large aircraft 16,000 pounds MTOW or under outweighs the cost difference. (Italics supplied).

The simple fact is that the basic premise of the TSA rule [aircraft weight and its relationship to the ability to cause harm] is nothing more than conjecture and conclusions with no supporting scientific data or analysis. The closest statement to a relevant fact that appears in the TSA proposed rule is that, “…the proposed LASP would not cover many aircraft that can cause significant damage if used as a missile or to deliver a biological, chemical or nuclear weapon.” However, the weight of an aircraft, whether 12,500 lbs. or 16,000 lbs., has absolutely nothing to do with its capacity to carry a biological or chemical weapon.

There are many ways to transport a weapon, and an aircraft of any size can cause significant damage if combined with explosives or chemical weapons. Simply stated, there is scarce justification provided by the TSA in the proposed rule meaning that a court may very well find that there is no “rational connection between the facts found and the choice made” as required by the United States Supreme Court in Burlington Truck Lines, Inc. v. United States, 371 U.S. 156, 168 (1962).

From a public policy standpoint, the TSA, lacking experience and knowledge in area of general aviation, is seeking to impose a layer of bureaucracy on general aviation that is counter productive and unnecessary. From a legal standpoint, the TSA’s LASP proposed rule fails to demonstrate a “rational connection between the facts found and the choice made” meaning that there is a likelihood of the rule being stricken and declared unconstitutional by a court of appropriate jurisdiction if the rule is implemented in its present form.

For these and myriad of other reasons, the TSA proposed rule dealing with the LASP should be abandoned in its present form. 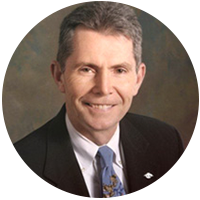