The FAA in an Order issued March 25, 2020, rescinded and refused to extend the exemption for the Collings Foundation to operate former military aircraft that served in World War II as part of Living History Flights.  The FAA has a policy of permitting Living History Flight Experiences.[1]  In this article, we will review and evaluate the context of the FAA’s decision in light of the October 2, 2019, crash of the Collings Foundation Boeing B-17 Flying Fortress which killed seven and injured six.

In order to obtain its exemption, the Collings Foundation had to comply with a number of conditions and limitations.  Condition and Limitation No. 4 provided that the Collings Foundation Program and operations personnel must undergo annual training, including training in its safety and risk management program.  Further, the specific requirements of training were delineated in Condition and Limitation No. 7 requiring specific data on the date of each training or testing session, the amount of time, the location of training, the aircraft identification number, the name and certificate number of the instructor, the name and certificate number of the pilot, and the signature and printed name of the person who received the training.  The FAA investigation following the crash of the Collings Foundation B-17G on October 2, 2019, confirmed that the Crew Chief of the accident aircraft had received no documented training.

The Crew Chief of Subject Aircraft was required to assist the flight crew with checklists, handling emergencies, assisting the flight crew and maintenance personnel in the preparation of each flight and helping ground operations with ramp safety.  Moreover, crew chiefs are required to be familiar with the documents that must be onboard the aircraft and must be trained either by a pilot, as second-in-command, another crew chief, or the Director of Maintenance.  The FAA investigation confirmed that the Crew Chief on the Accident Aircraft only received on-the-job training.

Particularly disturbing was the fact that the pilot of the accident aircraft also served as the Director of Maintenance.  The consequence of this was that a single person was making safety of flight decisions without another person in the chain of safety having the authority to decline the ability of the pilot to operate the aircraft.  Consequently, there was no structure in place at the Collings Foundation to ensure adequate oversight of its decisions to conduct passenger carrying operations with respect to the October 2, 2019, flight.  These facts demonstrated non-compliance with Condition and Limitation No. 5.

Condition and Limitation No. 6 required the Collings Foundation to maintain the aircraft in accordance with its general maintenance manual, the type specification sheet, and FAA-approved maintenance inspection program that meets the requirements of FAR §91.409(e)(f)(4), and (g), and operate the aircraft in compliance with military technical manuals.  Despite these provisions, the magnetos in the No. 4 engine had suffered a number of failures.  The P-leads in one of the magnetos on the No. 4 engine had been safety wired causing grounding to the engine case rendering the magneto lead inoperative.  The right magneto on the No. 4 engine was unserviceable.  The cam follower was worn beyond limits and the point gap was less than half of the measurement required by service documents.  When tested, the magneto produced weak or no spark to four of the nine cylinders.  The spark plugs were inspected and required cleaning and all electrode gaps were out of tolerance with the result that an inspection of the engine revealed the engine had suffered detonation and associated damage.  An inspection of the spark plugs from the No. 3 engine showed that they all were out of tolerance, fouled and revealed various signs of detonation.  The physical evidence raised questions as to whether the engines were adequately maintained in accordance with the applicable maintenance requirements. 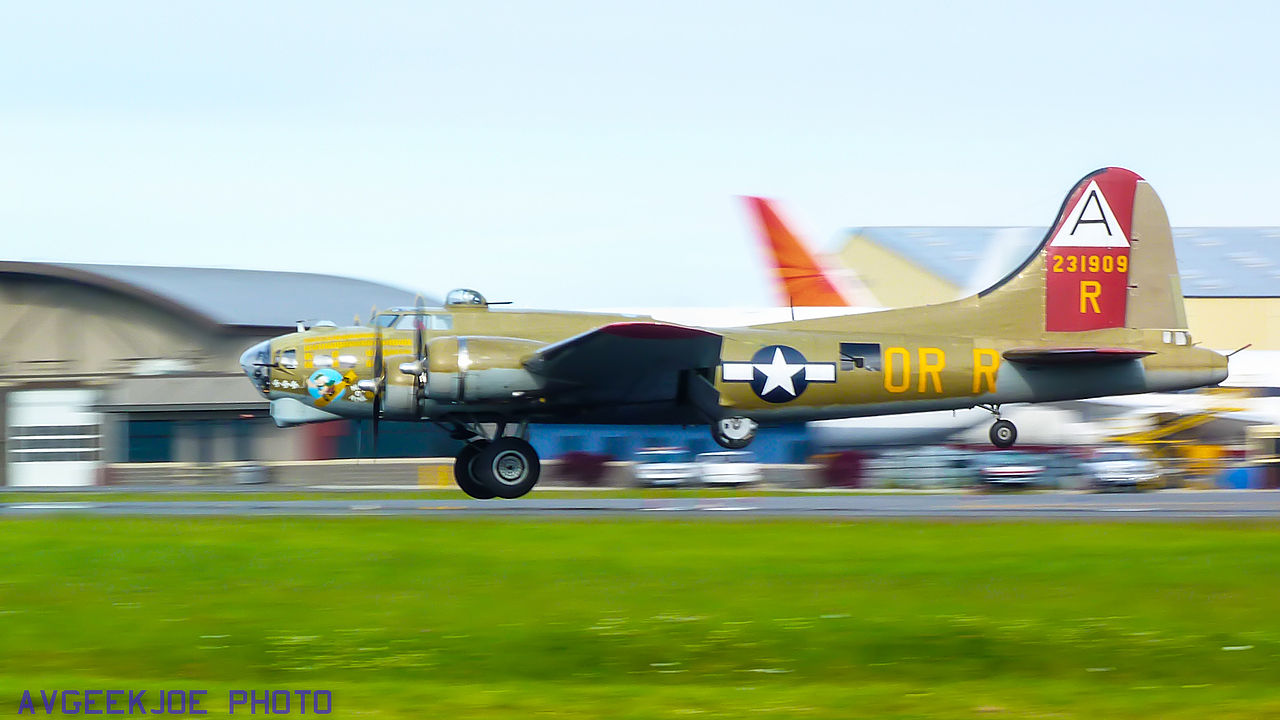