Moody Air Force Base – Getting Back in the Saddle

The two-month layoff from flying had been filled with physical therapy appointments and work until I could return to flight status.  I was cleared to resume flying 52 days after a total knee replacement.  It was a happy day!

WHAT HAVE I BEEN MISSING?

I promptly went flying with my good friend, David Schiff, a fellow flight instructor.  I wanted to make sure I was proficient after the long layoff.  Flying in the IMC was not a challenge. So, I felt the time away from flying had not been a big setback.

I received word from Jim Buckley that the Kate was going to Moody Air Force Base.  So, we promptly got all our paperwork filed with the Air Force to land at Moody.

The Sunday before Moody, I took the Kate up.  A series of three-point landings and some air work convinced me I had not lost my edge.  The Kate was not happy about being ignored for three months.  A leaky hydraulic line revealed itself after the last landing, and that was replaced the very next day by my devoted mechanic, Pete Willingham.

THE USUAL AIRSHOW DRILL – UP BEFORE DAWN

Friday morning, November 1, was a typical airshow day.  Get up about 5:30 a.m.  Drive in rush hour traffic to arrive at Falcon Field by 8:00 a.m.  Meet your back seater, John Willhoff, a Lockheed engineer, and Tom Walsh at the Dixie Wing as you pre-flight the airplane, plug the flight plan route into two GPS navigation systems, load your baggage and get airborne by 9:00 a.m.  The engine start time was 9:00 a.m., because I had an arrival slot at Moody of 10:30 a.m., and the flight was supposed to take about an hour and a half.

As luck would have it, we started just after 9:00 and arrived at Moody at 10:35, only five minutes behind schedule.

After an uneventful flight, we taxied onto the ramp.  We were greeted by friendly people who told us how glad they were to see us.  Everyone at Moody was pleasant and cordial.  Did I mention the Flying Tigers?  The 23rd Fighter Group traces its history to the dark days of World War Two.  As the American Volunteer Group (Flying Tigers) was officially disbanding as a mercenary air force, the 23rd Fighter Group was constituted to take over their mission under the command of Claire Lee Chennault, who returned to active duty as a Brigadier General in the U.S. Army Air Force.

The entrance to the flight operations building has a marble sculpture paying tribute to the 23rd Fighter Group.  The interior of the building has paintings and artwork displaying the exploits of the American Volunteer Group.  The displays are very impressive.  An Air Force pilot with the call sign of “Banjo” gave me a patch of the “Panda Bears,” the Second Squadron of the American Volunteer Group.  Along with the patch, he gave me an envelope bearing a postage stamp with the image of General Chennault. 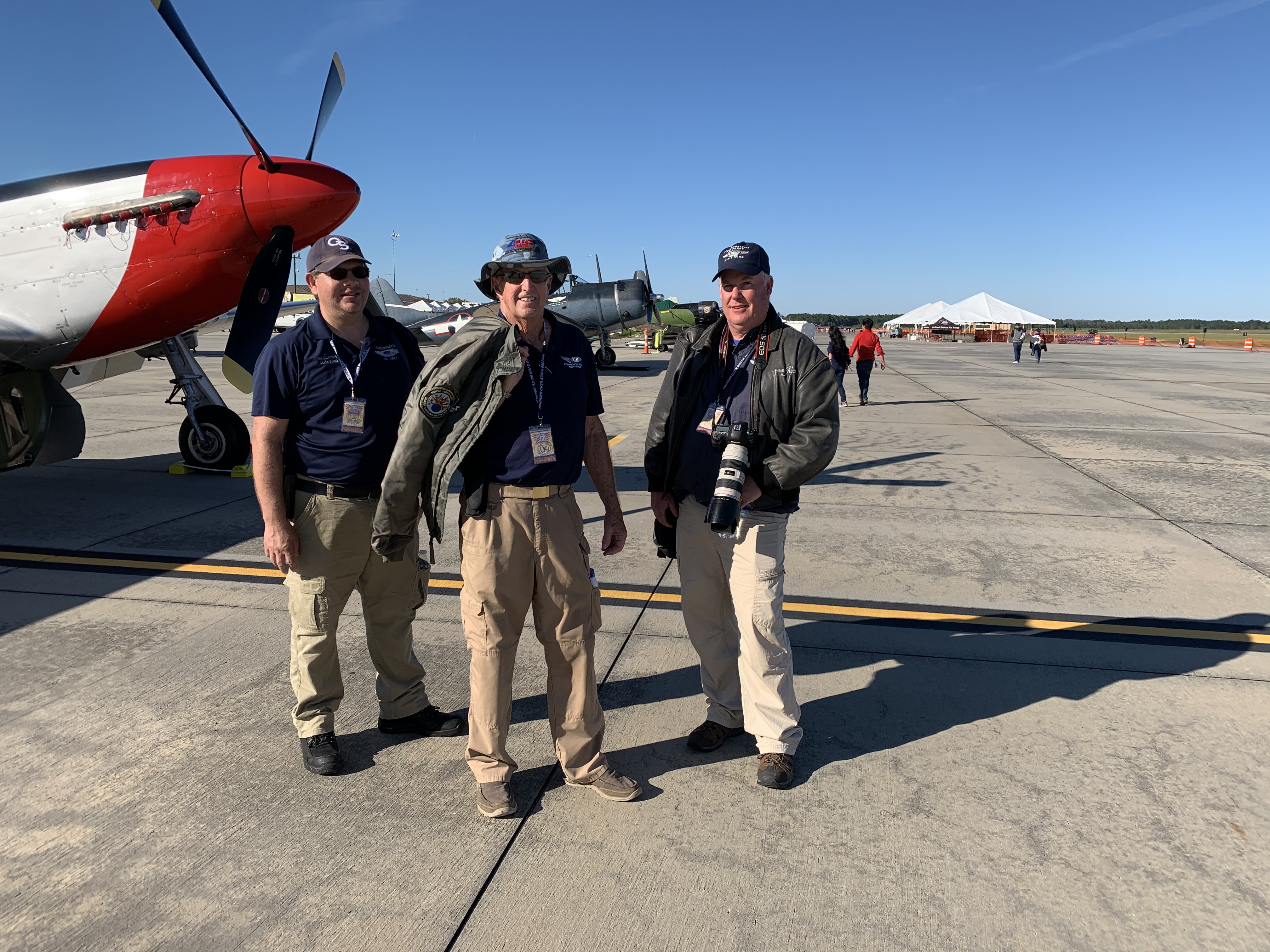 BACK TO THE GRIND

Monday morning, November 4, dawned with high overcast skies and calm winds.  It was time to go home.  Fortified with a blueberry muffin and glass of orange juice, I made my way to the flightline.  It took about 30 minutes to pre-flight the Kate and stow my luggage.  A couple of T-28s started on my left, followed by a C-45.  Then FiFi, the CAF B-29, started to my right.  They taxied for departure and took off as I followed suit.  The flight home was uneventful.  In no time, the Kate was being towed into the Dixie Wing Hangar.

I had lunch with Chuck Gardner, a very seasoned pilot, then it was time to head back to Atlanta and resume the activities of an aviation lawyer.  I was grateful for the chance to get back in the saddle and visit with old friend at the Moody Air Force Base airshow. 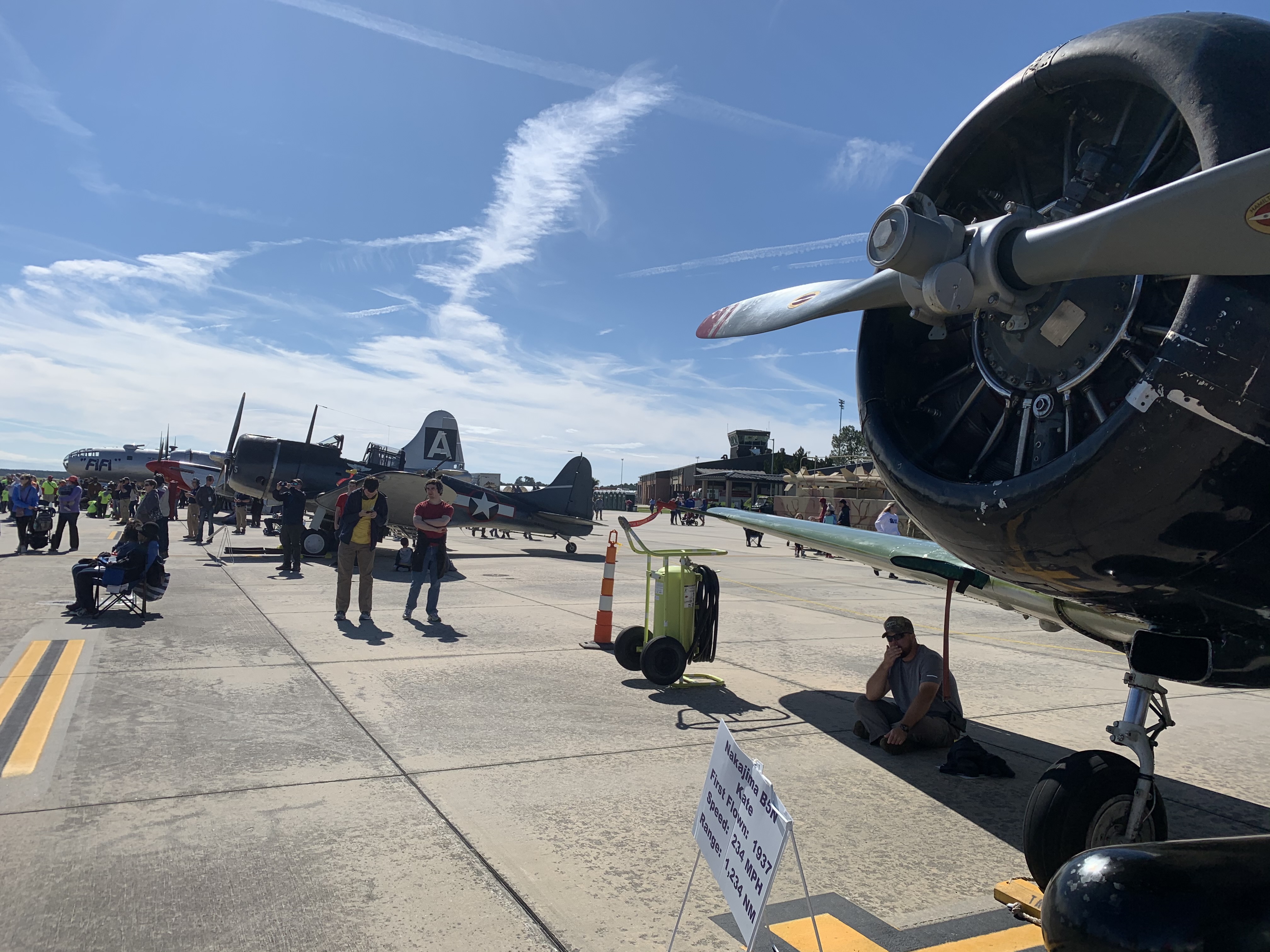 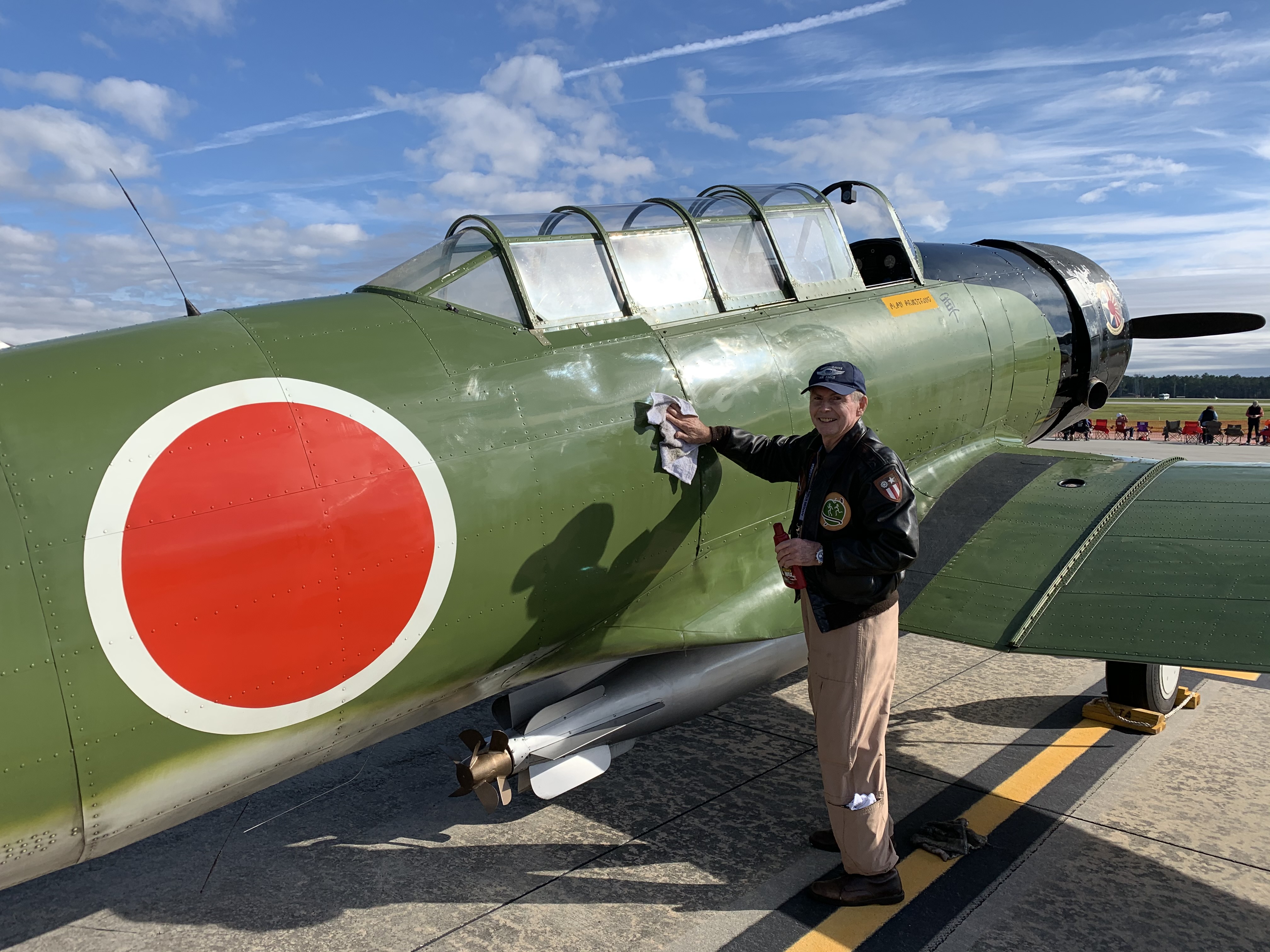