When the United States Navy cancelled the airshow at Naval Air Station Pensacola, several concerned citizens and business organizations took up the slack and decided to organize their own private Pensacola Beach Airshow, November 5 and 6 2021. 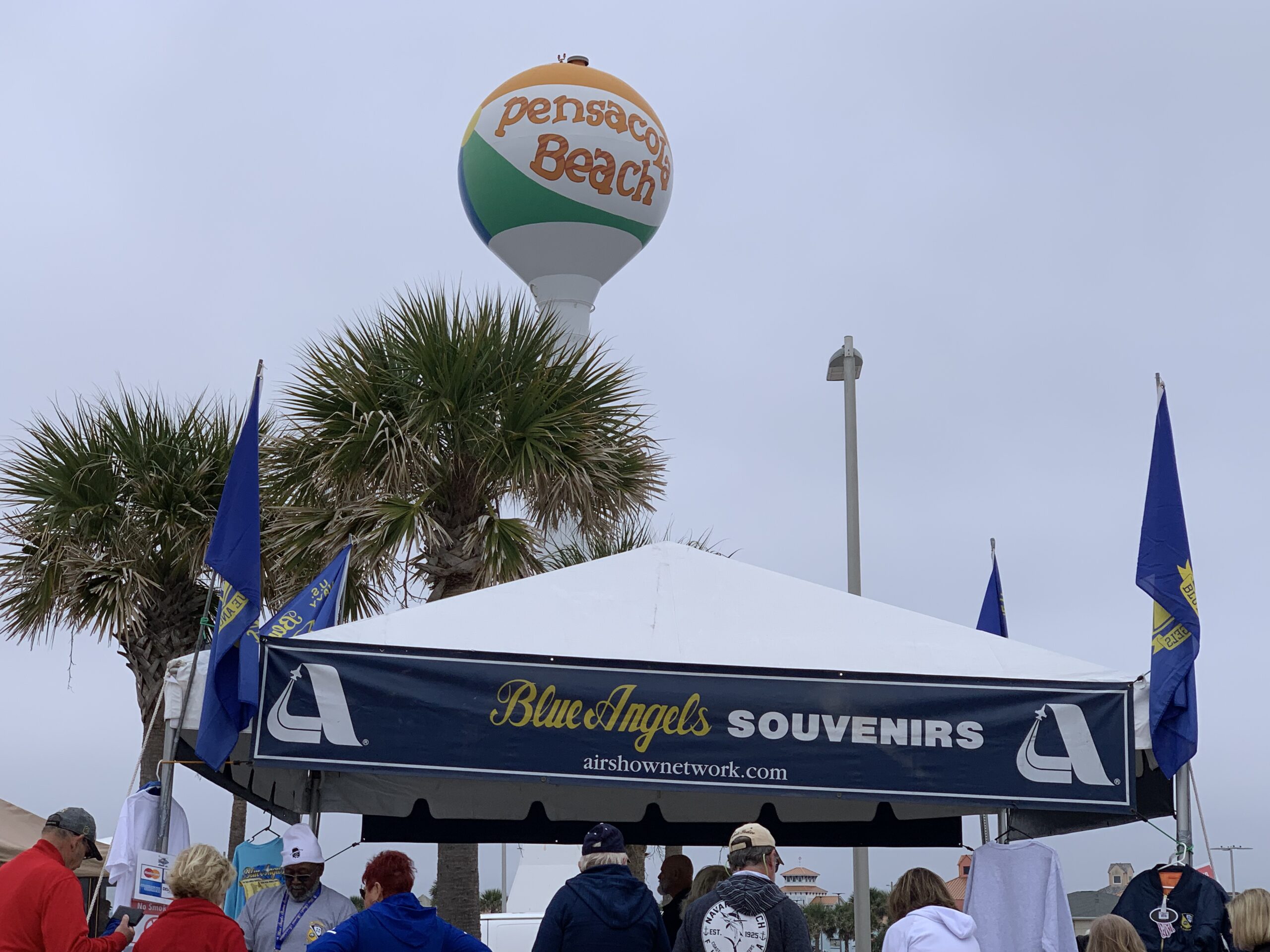 Perhaps every pilot fantasizes about buzzing the beach, that is, racing down the beach at low altitude and high speed to the thrill and amazement of sunbathers.  The Pensacola Beach Airshow provided just such an opportunity, but it was conducted legally with an FAA waiver.  I began hearing rumblings about this airshow perhaps in September 2021, and was delighted about the prospect of performing in an airshow over a beach.  Eventually, the plans came to fruition.  The backstory on this airshow is that the United States Navy had cancelled the airshow at Naval Air Station Pensacola.  Several concerned citizens and business organizations took up the slack and decided to organize a private airshow.  Somewhere in the neighborhood of $160,000.00 was raised to finance this airshow and local car dealers and businesses chipped in to make this airshow happen.  This was the traditional homecoming airshow for the U.S. Navy’s Blue Angels Flight Demonstration Team.  As I began contemplating the flight to Pensacola, my primary concern was avoiding alert areas and military training areas on the flight to Pensacola.

Flight Planning and Winging My Way to Pensacola

The performance days at the Pensacola Beach Airshow were Friday, November 5th and Saturday, November 6th.  Low ceilings and rain were forecast for Thursday, November 4th, with the result that I departed on Wednesday, November 3rd shortly after 2:00 p.m.  My flight plan was a monument to simplicity.  I would fly from the Peachtree City Airport (KFFC) to the LaGrange VOR (LGC) to the Montgomery VOR (MGM), and then to the Pigon Intersection, and then to the Crestview VOR (CEW), arriving at Pensacola International Airport (KPNS).  Because of the proliferation of military operations areas and alert areas, I decided to simply fly IFR (Instrument Flight Rules).

I arrived at Falcon Field shortly after 1:00 p.m., and got the Kate loaded and pre-flighted and picked up my IFR clearance just before 2:00 p.m.  Shortly afterward, I was in the Kate, the engine had been started, and I got my IFR clearance to depart from the Peachtree City Airport with instructions to climb and maintain 3,000 and proceed directly to the LaGrange VOR.  In no time at all, I was airborne and talking to Atlanta Approach Control.  Only a few minutes into the flight, ATC told me I had amendment to my clearance.  Amendments to clearances are the bane of pilots.  Inevitably, ATC will take you to some intersection you never heard of, requiring that you scour your low altitude chart to find this obscure intersection.  In my situation, it was just the opposite.  I was given a direct clearance from my present position all the way to KPNS.  Basically, I got a straight shot to Pensacola.  Cruising along at 4,000 feet, I had a little bit of time to take some photographs from the airplane during this two-hour flight.  In due course, the Pensacola Airport was at my 2 o’clock position in five miles, and I landed on Runway 35, clearing the runway in less than 3,000 feet, and then taxiing to Pensacola Aviation Center.  Many of the employees of Pensacola Aviation Center are women, even including some of those that work on the line.  The operation was run in a very safe and efficient manner, and in no time at all, I had parked next to the P-51 Mustang operated by the Commemorative Air Force.  The Mustang was flown by Stan Musik, with Gerhardt Frenz as his back seater.  We grabbed our respective rental cars, made our way to the hotel, and had dinner that evening at McGuire’s Irish Pub, which is a well-known pilot hangout in Pensacola.  The walls are adorned with photographs of aircraft and pilots and is somewhat reminiscent of Pancho’s featured in the motion picture The Right Stuff.  All the lasses at McGuire’s were very pleasant, and the restaurant even included someone playing the bagpipes.  It was a very interesting evening. 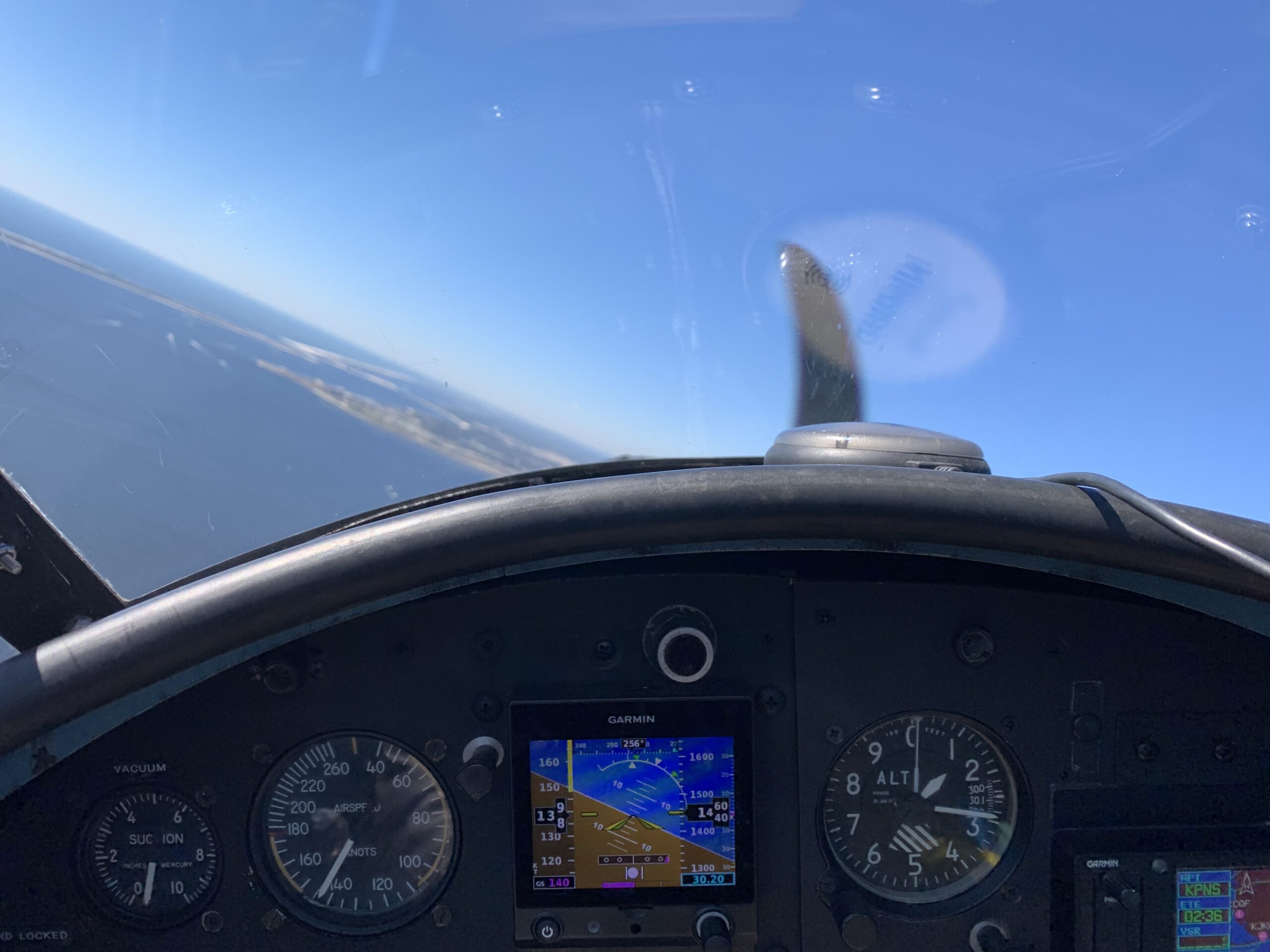 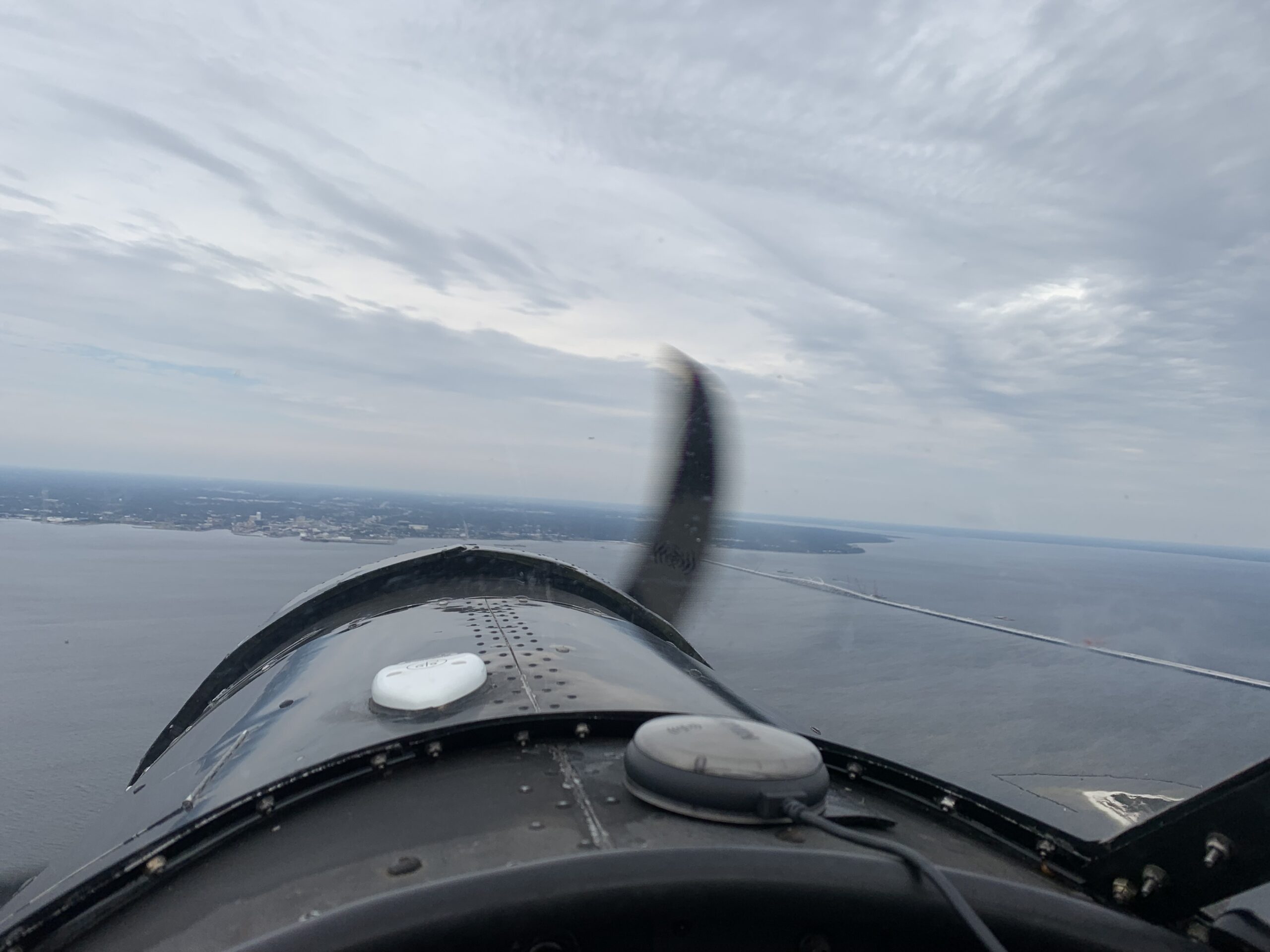 Scouting Out the Terrain 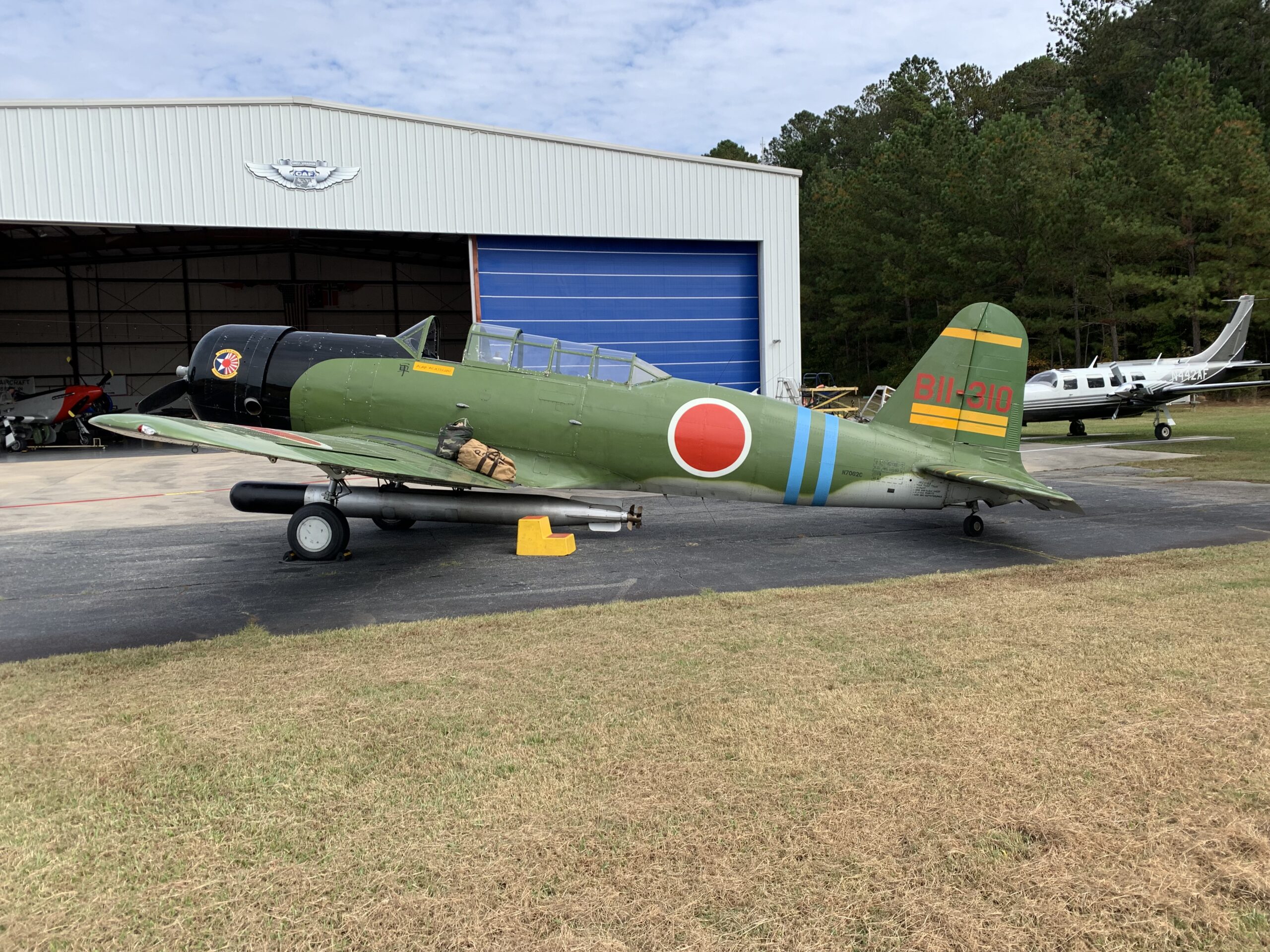 While skies had been overcast on Thursday, the weather on Friday was much more promising although it was still quite windy.  After grabbing breakfast at the restaurant, we made our way to a restaurant called Drift that featured an expansive view of the beach area.  This is when we first met one of the organizers, Robbie Schrock and our Air Boss, Paul Entrekin.  Aside from the military pilots who were unfamiliar to us, a lot of the civilian pilots were very familiar including the Aeroshell Team composed of Mark Henley, Brian Regan, Steve Gustafson and Jimmy Fordham.  While Entrekin would serve as our air boss, one of the most experienced air bosses in the airshow industry, Wayne Boggs, was in attendance, and our announcer would be Rob Ryder.  Rob Ryder hails from the State of Ohio and has a colorful background in the airshow industry as an aerial announcer.  Paul Entrekin campaigned on the airshow circuit for some time performing in a Russian Mig Fighter Jet, and currently flies for Delta Airlines.  He is a very experienced pilot.  The general layout of the box was discussed, together with radio frequencies and airports where we could divert in the event of an emergency.  We were directed to zero-hour altimeters, which means that as we flew over the beach, the altimeters would be reading literally our altitude above ground level.

Because the show was away from an airport, there was no way for the performers to observe any changes in the schedule or departures from the schedules.  This meant that this would be a show based strictly on time.  Stan and I were to enter the box at 12:06 p.m.  The airshow briefing was relatively uncomplicated, and in time we made our way back to the airport to pre-flight our airplanes in preparation for the performance.  We decided we would start engines at 11:25, but I started my engine one time early to verify that the smoke system was working satisfactorily and to warm up my engine in light of the cold temperature.  We started engines at the prescribed time and were airborne about 11:45, winging our way southward towards Pensacola Beach.  We entered a holding pattern over the lagoon to the northwest of the box.  As we held, we would observe an F-22 performing.  As time went by, it became apparent that the F-22 had gone over its allotted time.  About 12:10, we finally got permission from the air boss to enter the air box.  As I came screaming down from altitude with my nose pointed towards the 500-foot mark, the airspeed indicator was just shy of 180 knots and my altitude as about 300 feet.  My Garmin 400 GPS had a yellow cautionary banner across the screen with the word “terrain.”  I flashed over the 500 ft. mark, pulling out smartly, and then turning out to the right over the ocean climbing skyward, and then banking fairly abruptly to my left for a repeat pass.  I made three passes over the 500-foot mark, and on my third pass, Stan called, “Smoke on,” and I made by third pass and departed the performance area to the east.  I returned to the Pensacola Airport for a landing on Runway 26.  After Stan landed, we debriefed the mission, secured our aircraft, and met with Gerhardt and went to lunch.

The Pensacola area is quite nice, and there is no shortage of restaurants where you can find a good meal.  After lunch, Stan and Gerhardt went back to the hotel, and I went back to the airport to button down the Kate and secure for the night.  That evening we returned to McGuire’s Irish Pub where a good time was had by all.

Saturday morning was again cold and windy, but the temperatures had improved, however slightly.  Since breakfast was part of the pre-flight briefing, we went directly to the Drift Restaurant, had breakfast, got our briefing and made our way back to the Pensacola Airport.  The Kate was all packed with my gear for the return trip to Atlanta, and I had filed an IFR flight plan for the return trip to Atlanta.

The scenario on Saturday was much the same as Friday, getting airborne about 11:45.  However, this time, as 12:06 came upon the clock, Stan alerted the air boss to the fact that the F-22 was going over into our allotted time.  Shortly afterward, the F-22 departed, and we began our routine where I performed perhaps four or five low passes over the pier, getting shot down by the Mustang and departing to the west.  I returned to the Pensacola Airport and landed on Runway 35.  In no time at all, Stan had landed.  We quickly debriefed the flight and made arrangements to get our aircraft refueled for the trip back of Atlanta.  Some time in this frenzy of this activity.  I met Roy Kinsey who is a lawyer and pilot in Pensacola.  Roy was instrumental in the Pensacola Beach Airshow and was involved in selecting the performers that would fly in the show.  I lobbied Roy for a chance to perform in the July 2022 Pensacola Beach Airshow.  I should point out that Roy was one of the pilots flying a Stearman bi-plane in the show.  My IFR clearance back to Atlanta consisted of the coordinates and fixes described previously with an initial altitude of 1,700 feet.  My final altitude was to be 5,000 feet, but along the way ATC actually gave me 7,000 feet which gave me a smooth ride and a magnificent view for the trip back to Atlanta.  I landed at Falcon Field and shutdown at approximately 4:58 p.m.  In no time at all, Tom Walsh and the crew were connecting the towbars to the Kate and pushing her back into the hangar with a tug as I was collecting my flight gear to drive home. 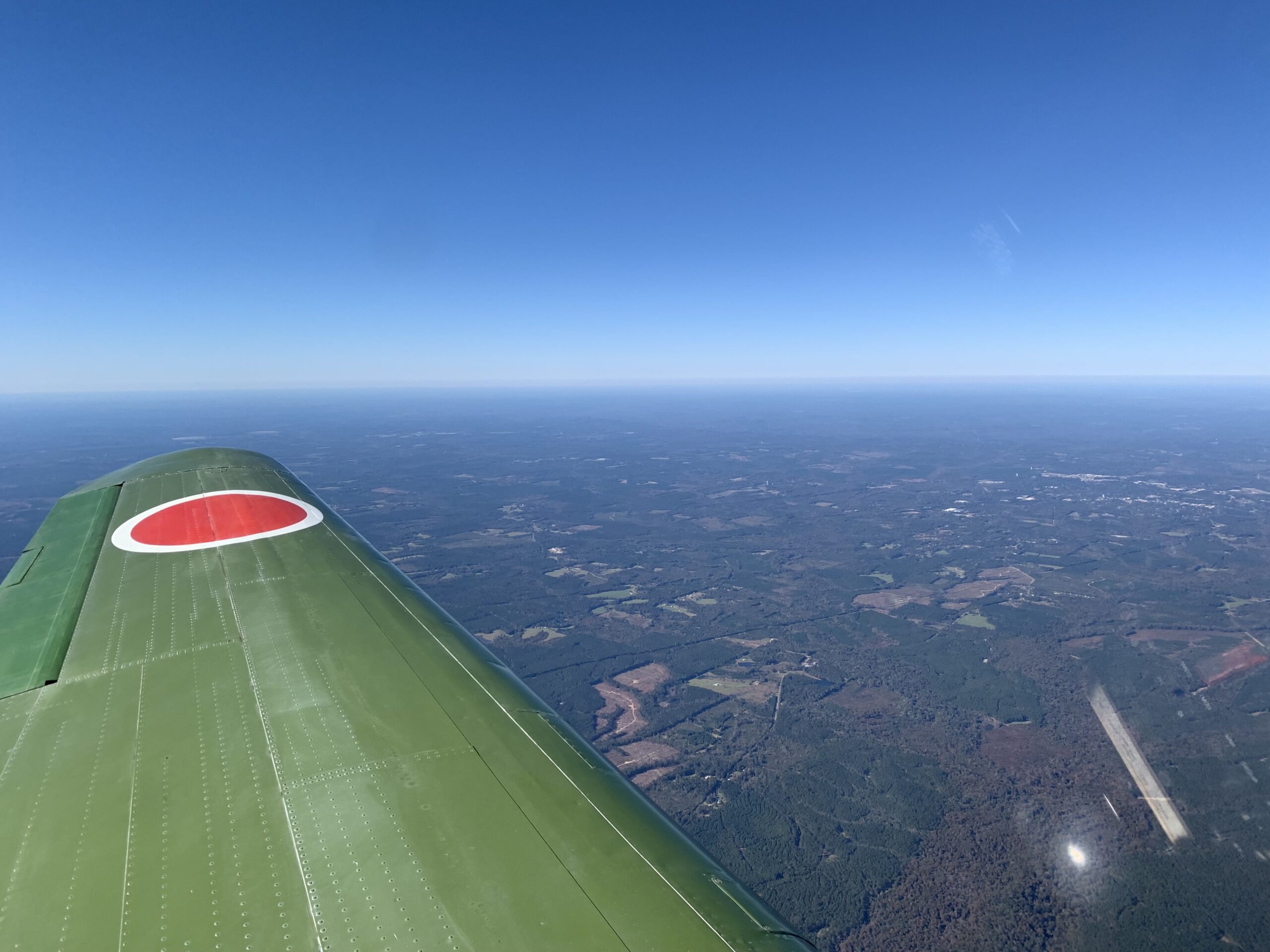 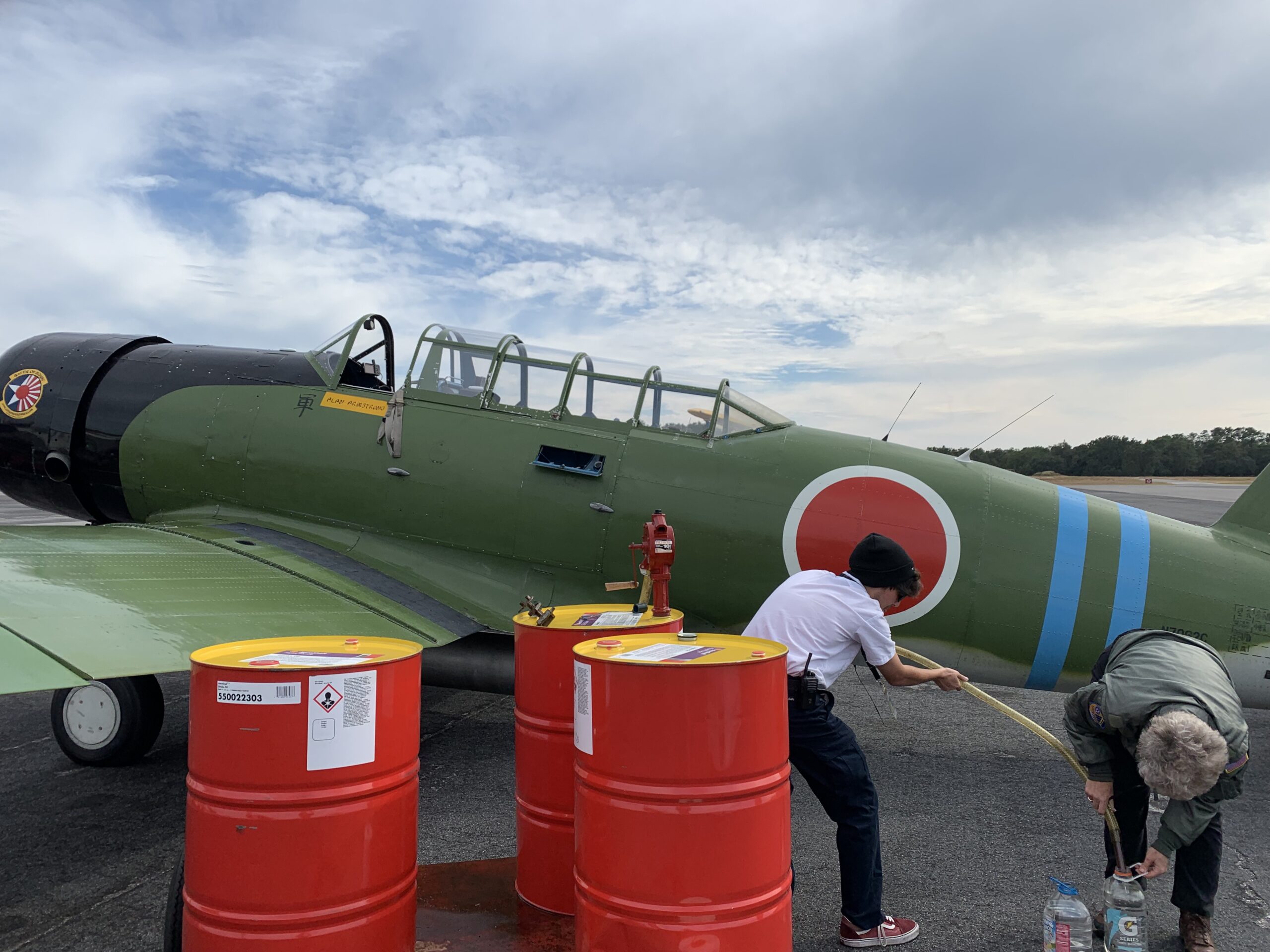 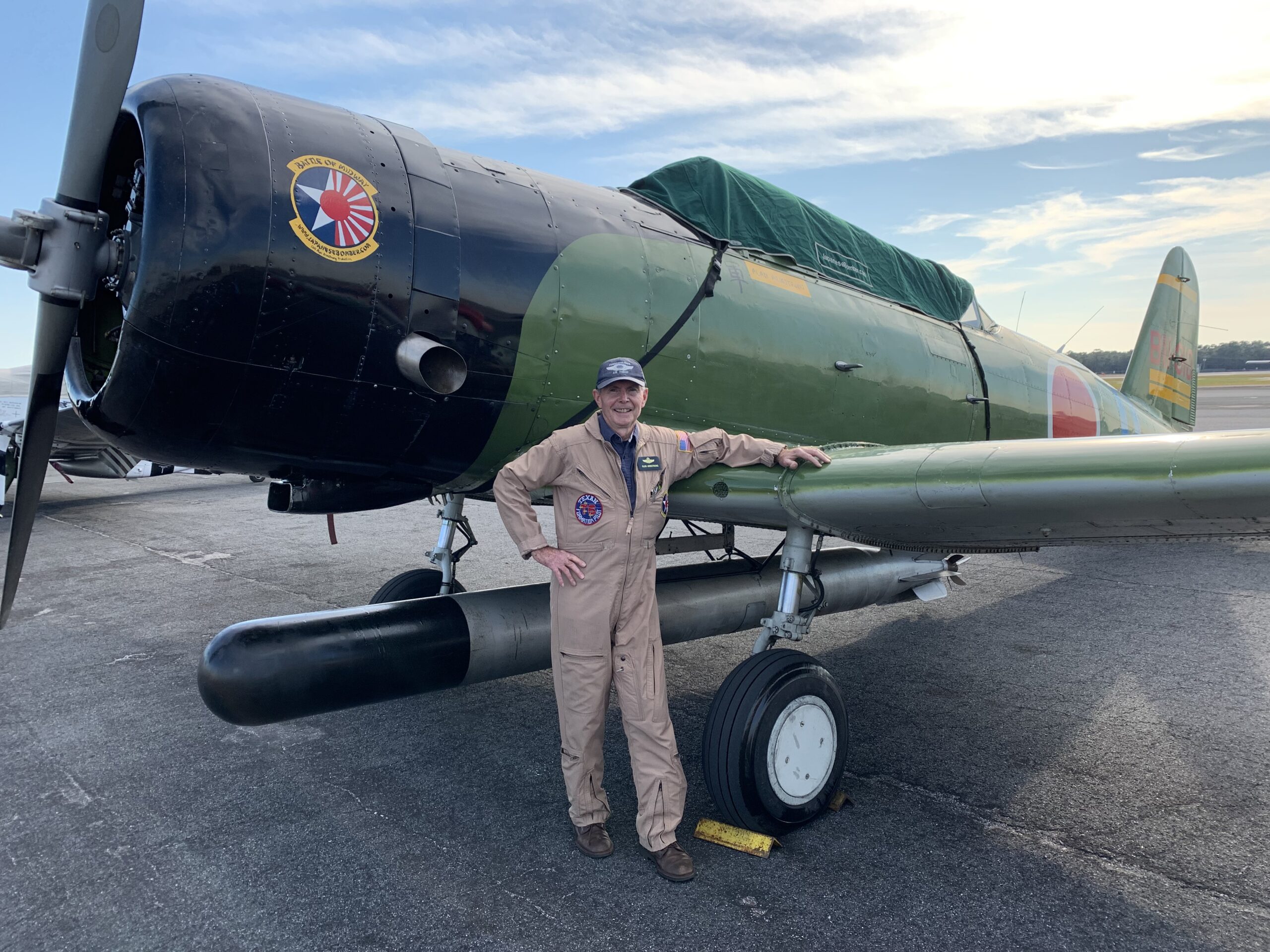 The take-aways from performing in the Pensacola Beach Airshow were that when performing at a remote location away from an airport, there is no way for the pilots to adjust their performances requiring that such shows always go on time.  The meeting with Roy Kinsey was a great opportunity because of the potential of the Kate being re-invited to next year’s airshow.  I met a former Navy pilot who lives in Fairhope, Alabama near Mobile, and I had discussions with him about having the Kate involved in a simulated attack on the USS Alabama, the magnificent World War II battleship anchored in Mobile Harbor.  Both the trip down and the trip back home were conducted on instrument flight rules flight plans, and if you have all of your approach plates and maps readily at hand, flying IFR is an easy way to go if the weather is not too bad.  All-in-all, it was a good trip.