Staring into the Jaws of Defeat: Litigation Before The National Transportation Safety Board 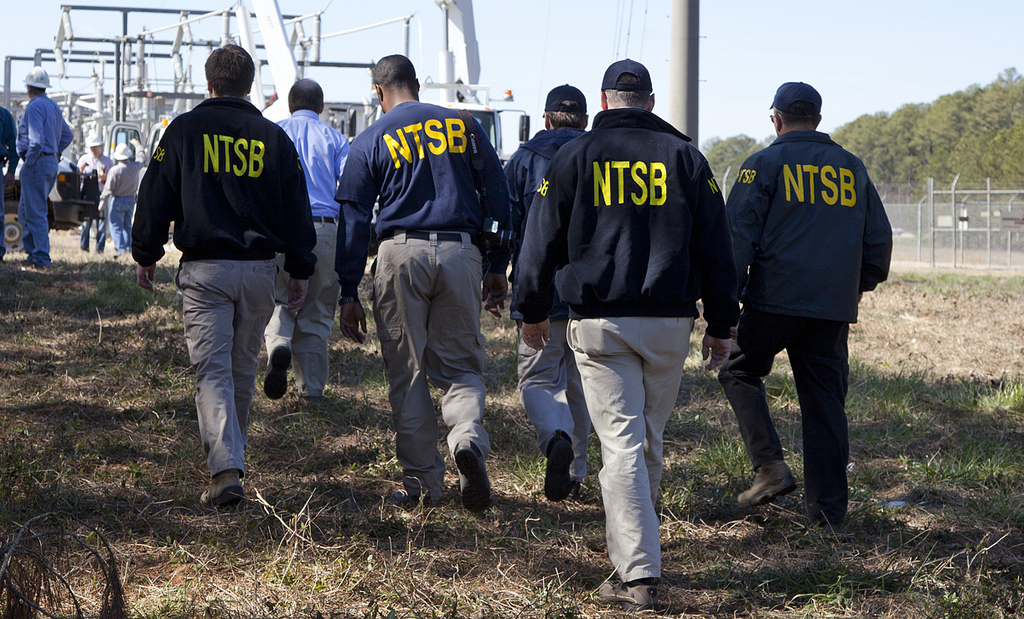 Staring into the Jaws of Defeat: Litigation Before The National Transportation Safety Board

You will hear these conversations in hushed tones outside courtrooms or over lunch during a break, “Why did the judge make that ruling?”  “How can the FAA call expert witnesses that were undisclosed?”  It is no secret among legal practitioners who appear before the National Transportation Safety Board (NTSB or Board) that litigation before the Board is an unmitigated disaster.  While you, as an airman, have a reasonable expectation to receive due process of law (prior notice and an opportunity to be heard before an impartial decision maker) before your license is revoked, your expectations will be shattered when you make your appearance at a hearing before an NTSB law judge, when the outcome of that hearing will determine whether you continue to fly, perform aircraft maintenance, or pursue your aeronautical career.  Why is litigation before the Board a disaster?

Litigation before the Board is a disaster because the principal focus of the Board is to ensure air safety, a function the Board shares with the Federal Aviation Administration (FAA).  Because the FAA promulgates and enforces air safety regulations while the Board investigates aircraft accidents and makes safety recommendations, it is the author’s conviction that the Board views itself as an ally of the FAA in pursuing and ensuring air safety.  However, this alliance comes at a price, and the price is the loss of due process for airmen who come before the Board if the FAA brings an action to revoke or suspend their certificates.

There are a number of provisions of the Administrative Procedure Act (APA) that are supposed to protect you as a licensed airman in litigation before the Board.  One of those requirements is that your case be adjudicated “in an impartial manner.”  But how can the Board be impartial when its singular focus is on air safety and the public interest?  How can the Board be impartial when the Board views itself as an ally or confederate of the FAA in pursuing and enforcing air safety?  The harsh truth is that the Board cannot and does not conduct these proceedings in an impartial manner as required by law.  Remember, the Board has its own agenda.  And the Board’s agenda is to maintain safety in air commerce and the public interest, and your rights as an individual mean nothing.

When you understand that you have no rights and the deck is stacked against you from a public policy prospective, then you understand why (1) the Board refuses to sanction misconduct by the FAA that in Federal District Court would result in a summary dismissal of the charges.  Then you understand why (2) the judge will never dismiss the charges brought against you (no matter how flimsy or unfounded) without an evidentiary hearing, so the judge can make a ruling in favor of the FAA based upon his “credibility” assessments that makes it extraordinarily difficult to the get the findings of the judge reversed on appeal.  You then understand why (3) the FAA can play games, not disclose expert witnesses, but those experts are still allowed to testify at trial.  You understand why (4) the FAA is offered wide latitude at making its case at trial, but your lawyer is hobbled with objections by the FAA lawyer that prevent him from marshaling all the facts necessary for your defense.  You understand why (5) the judge, when he rules in favor of the FAA, finds that you and all of your witnesses are liars and all of the FAA witnesses are telling the truth.

The problems we have noted already are focused primarily on the trial court which is an administrative law judge employed by the Board, but the problems on appeal are even worse.  First of all, when the judge made those “credibility” determinations, he did so knowing that the Board would have a very difficult time reversing him on appeal.  The credibility assessments of the trial court are generally entitled to deference (giving the judge the benefit of the doubt) unless they are clearly erroneous.  So, if the judge found that you were lying, the Board on an appeal from the judge’s decision, will likely agree with that assessment.

Discouraged with the level of due process you have not received either at the trial court level with the judge or on appeal to the Board as the appellate body, you then decide to pursue an appeal to a United States Circuit Court of Appeals (Court).  First of all, appealing to such a Court is very expensive.  This is difficult work requiring extraordinary skill on the part of your lawyer.  The record of the case including all of the pleadings, all of the exhibits, and the trial transcript pages must be scoured for legal mistakes made by the judge or the Board.  Your lawyer then has to identify those mistakes and enumerate them as errors in your appeal brief.  Such an exercise may require may hundreds of hours of valuable lawyer time.

And then the magic day arrives, as you lodge your appeal with the Court and perfect your appeal by filing a brief.  However, the Court in reviewing your case gives deference to the Board.  Just like the Board deferred to the judge, the Court defers to the NTSB on questions of fact unless they are clearly erroneous or unless the legal issue involves a de novo (decided without deference to any assumptions made by the Board or trial judge) scope of review such as the denial of a motion for summary judgment.  Generally, the Court looks at the record of the Board from the perspective of deference.  Even though the Board enjoys deference in the Court’s review, there are a number of cases where the Board has been reversed because its decisions violated its own rules, violated its own precedent, exhibited a departure from precedent when it did not recognize it was doing so, exhibited departure from precedent when it gave no reason for departing from precedent, and/or the Board’s decision was arbitrary, capricious, an abuse of discretion or not in accordance with law or with a constitutional right.  After all, there is no requirement that the five sitting members of the Board be lawyers or have any legal training.

So, welcome to the real world.  You as an airman or aircraft mechanic have no constitutional rights.  The proceedings that you will participate in are a sham and a farce until and unless you expend the necessary resources to make your way to the United States Court of Appeals; and then, you shall have spent two or three years in various courts and over $100,000.00 in attorney’s fees just to see if you can get the actions and decisions of the Board reversed on appeal.